Today we have special on COVID-19.

Let’s take a look at Korean Medicine’s perspective of COVID-19.

Is COVID-19 related to Korean Medicine?
Yes. Korea, China and Taiwan each has different names for the current epidemic, but there is one Chinese character that the three countries use in common when referring to it in short.
It is 疫(Yeok), or ‘the plague.’You might have heard this word from the Korean drama ‘The Legendary Doctor Hur Jun.’
According to the oldest Chinese dictionary, the plague was defined as ‘everyone getting a disease.’

The plague. So it can be thought of as a contagious disease that killed many people.
When plagues hit villages in the past, due to limited medical technology and public awareness of hygiene, people had no choice but to stay quarantined and wait for the disease to pass.
What are some plagues that killed numerous people in the past?

When we look at the history of infectious diseases in Korea, the first record of the plague traces back to the 4th year of King Onjo of Baekje Kingdom.
There are a total of 31 plagues recorded in ‘The History of The Three Kingdoms’ from then to the end of Silla dynasty.
During Goryeo dynasty, plagues occurred around 20 times, including dysentery, gonorrhea, pediatric pea-bladder, rabies, and acute tonsillitis.
In the 15th century, during Joseon dynasty, meningitis was prevalent in Hwanghae-do Province.

Yes, there were so many plagues. Most people don’t know this, but there are some plagues that started in Joseon dynasty that are still around. I think one of them is measles. When did measles become an epidemic?

In the 18th century, measles and smallpox became widespread. During the reign of King Jungjo, measles caused more damage than smallpox.
Doctor Jeong Yak-yong wrote ‘Quagmire’ to organize treatments for such diseases. According to the book, countless lives were saved thanks to the treatments.

Now that I’ve heard all this, it seems like plagues of the past are closely related to COVID-19 of today. Currently vaccines are being developed by experts in Western Medicine. But for now, there is no cure, so treatments focus on relieving symptoms. Immunity seems to be the key to such treatments.

Yes. When we look at cases until now, the key to treating patients with this virus is boosting immunity.
‘Immunity’ refers to the human body’s defense system that prevents germs and viruses from entering into the body.
So, if your immune system is strong, you can fight off pathogens even after being exposed to them.

But can your immune system be ‘too strong’ and cause problems?

In China, 15% of the 41 initially confirmed COVID-19 patients died within a day of being hospitalized, due to breathing difficulties.
The assumed cause is cytokine storms, which happens when a virus enters your body and cytokine is released excessively so that it attacks even your normal cells and destroys your body. Cytokine transmits immune signals from the brain.
This may happen to young people with strong immune systems, but it has not caused any deaths in Korea.


Immunity may be essential to your body, but too much as well as too little of it can be a problem.
Anyways, immunity is key to treating patients with this virus. How is Korean medicine boosting patients’ immunity?

Lots of people say that taking Korean medicine can improve your immunity. This means that there has been lots of immunological research done on viral diseases.
This is not to say Korean medicine can’t kill the viruses.
There are many herbal medicines that can kill viruses, and there are lots of antiviral drugs as there are antifungal drugs in Korean medicine.
When a virus enters your body, your immune system gets activated to defend your body.
Virology researchers focus on how the virus infects and replicates.
Immunologists focus on how the immune system works to defend the body from the virus after it enters.

From what I have heard, China is also treating patients with oriental medicine. Is this true?

Yes. It has been reported that the General Hospital in Hubei province, China, started herbal treatments. China had used herbal medicine back during the SARS and MERS epidemic as well.
It has been reported that during SARS, none of the Chinese medical staff that took oriental medicine got infected, while 64 of those who didn’t got infected.
So based on oriental medicine treatment rate during SARS, the World Health Organization announced its analysis on its effectiveness, in terms of infection control, reduced inflammation of the lungs, improved oxygen saturation, reduction of mortality, and more.

I see. Oriental medicine was used during SARS and MERS. Can you give us more details?

According to the WHO SARS report, there were 8,422 patients of SARS and 919 of them died, meaning 10.9% mortality rate. In China, there were 5,329 patients and 349 of them died, meaning 6.6% mortality rate, which is lower than the average mortality rate. Guangdong province in particular had 3.7% mortality rate, which is much lower than other regions. The Chinese government believes this is thanks to Chinese medicine.
In Guangdong province, patients were treated with Chinese medicine from the initial stages of the outbreak so the situation got quickly under control. However, other regions including Beijing didn’t allow Chinese medicine to be used until after the situation got worse, so they suffered more damage.

So you are saying that Guangdong province used oriental medicine in their treatments but Beijing did not, because the use of Chinese medicine was prevented in the initial stages. Can you tell us in detail what happened?

When SARS broke out in Beijing, medial experts who had visited Guangdong suggested using Chinese medicine, but the city’s board of health put a ban on it. However after the number of infected patients and deaths began rising rapidly, the board allowed the use of Chinese medicine. As a result, only 8 out of 680 SARS patients at Xiaotangshan hospital in Beijing died, meaning 1.18% mortality rate. Also, professor Tong Xiaolin of Beijing successfully cured 16 new patients by using only Chinese medicine.

Yes. After overcoming SARS, the Chinese government improved their system to allow Chinese medicine to be used in the initial stages of an outbreak, so that the situation can fall under control from the beginning.
This time, China's Guangdong Provincial Medicines Agency announced through a document that 30 hospitals designated to treat coronavirus can use 투해거온과립(透解祛瘟颗粒), a type of Chinese medicine, clinically.
Also, if a non-designated hospital applies for the preparation and use of the drug, the application will be prioritized for evaluation.

So 투해거온과립(透解祛瘟颗粒) is allowed to be used and seen as effective for prevention and treatment of COVID-19. What kind of medicine is this?

It is a medicine consisted of 16 medicinal materials, including weeping forsythia, Edible tulip, lonicera flower, yellow gold, and greenish tobacco leaf. According to the experience of professor Tan Xinghua at Chinese medical school of the 8th Renmin Hospital, the medicne in effective in 소풍투표(疏风透表), 청열해독(清热解毒), and 익기양음(益气养阴).

So the medicine’s clinical effects has already been checked in China?

Yes. 50 patients with mild cases of coronavirus were treated with this medicine, and as a result, major symptoms such as coughing, sore throat, and whole-body numbness decreased by 50%, 52.4%, and 69.6% respectively. None of the cases developed into severe cases.

You are saying that oriental medicine is already being used to treat COVID-19 in China. Are treatments for boosting immunity also being recommended there?

This may be a tricky question to answer, but I’m wondering why there are so many deaths in China if Chinese medicine is so effective.

In the case of COVID19, according to what I’ve observed through data, there weren’t enough medical facilities or staff in the initial stages because no one knew there would suddenly be so many patients.
We currently don’t have the exact statistics as to the ratio of how much Chinese medicine is being used in treatment. What I’m telling you now is based on the treatment guideline from China. We don’t know how many of the confirmed patients in China are being treated with Chinese medicine.
I think will be able to check through WHO or other reports after the situation is over, like was the case with SARS.

When it comes to treatments, there should be no line between the area of oriental medicine and western medicine. If patients can be saved, whatever method should be used. But currently, Korean medicine isn’t being used for treatment, is it?

So can we use Korean medicine for treatment in Korea?

There are some cases of it being used in Korea, but with COVID-19, no one knows what can cure it as for now.
It’s a newly discovered virus. It takes a long time for a new cure to be used clinically, but in the case of COVID-19 the virus spread so quickly that no one can yet be sure which medicine is more effective.

What can we do to improve our immune system in everyday life?

To improve your immune system, you need to take care of your personal hygiene by doing things such as washing your hands.
It's good to eat a well-balanced diet, exercise more than three times a week, 30 minutes per episode, and get about eight hours of sleep a day. You should also refrain from looking at your smart phone too much. 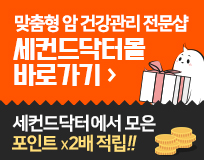